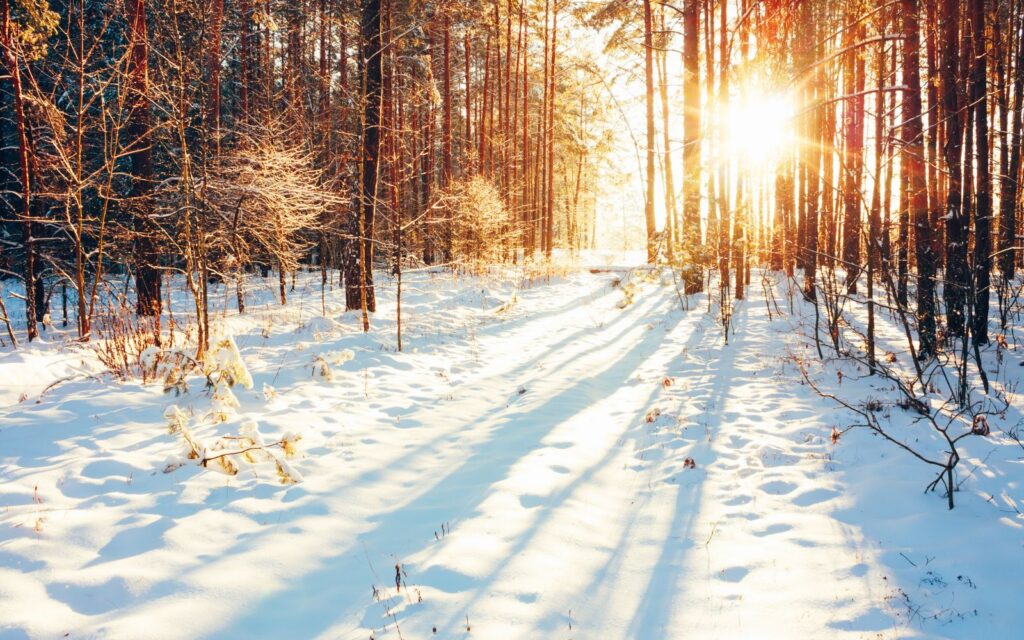 You might have to dig a little deep in 2022 but we found some things outside of football and nice fall weather to be thankful for. Saying it’s been kind of a rough year might be the understatement of the century. It has been a rough year in the markets.
But there are a couple of things we can focus on, and it seems we’ve started to see things come back a little.
In a year when we’ve been fighting inflation, the feeling on the street is just overwhelmingly negative. All of these things can feel like a crisis. The US economic market has endured countless crises but it continues to grow and flourish and the markets are humming along with it.

Here is a great chart on stock performance since the great depression. Some of the things to highlight since 1928, almost 100 years ago,  is the resilience of the stock market. We’re starting to see some of that in the last couple of months here.This chart shows: 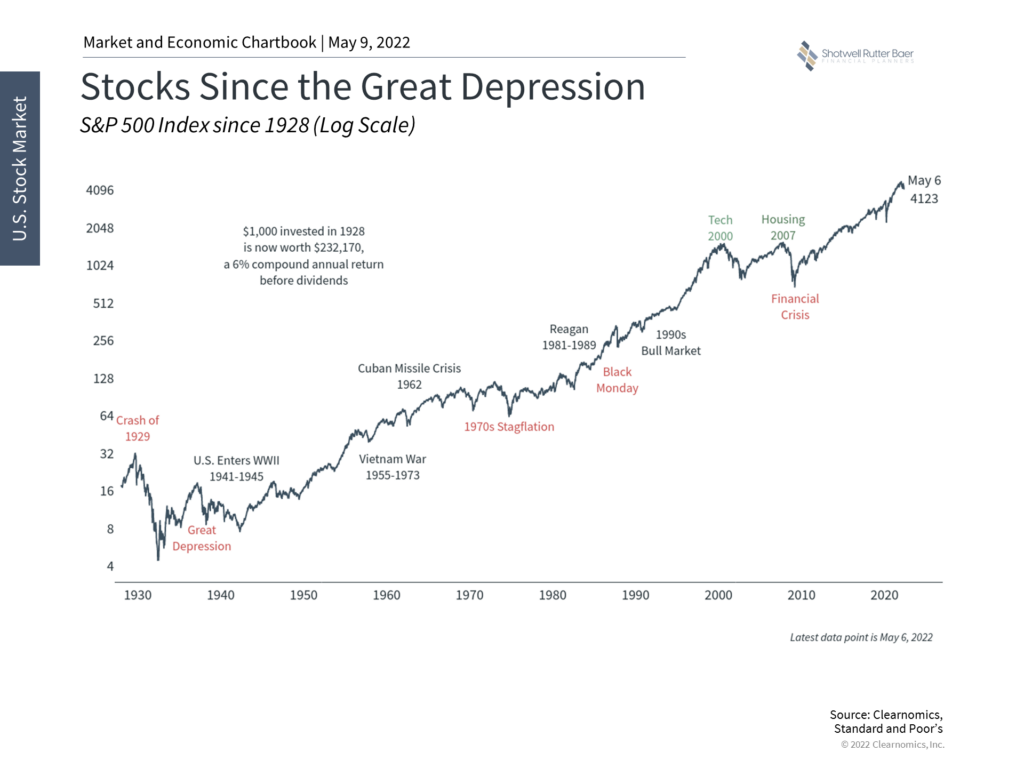 All these things felt like the end of the world at the time.  Well, the end of the financial world, anyway. There are a lot of events that didn’t make the chart. Yet the stock market still continues to grow.

So,  a little inflation and supply chain issues and stuff coming out of the pandemic seems pretty important right now but probably will be a blip in the chart in the future.Thinking beyond the stock market in general, and thinking about life, there are always bad things that are going on and oftentimes we fail to put them into perspective.

If you think of all of the great things that have happened in the last five to 10 years, it’s really a remarkable time that we live in.

Thinking about the stock market in the long term, we are not so worried and we don’t tend to focus on the bad of what’s happening right now at this moment.

Despite concerns about the economy, the unemployment rate, which underpins that economy and keeps money in people’s pockets, is still at record lows.  We’ve got a 3.7% unemployment rate. How bad can a recession be if everybody still has a job?The definition of a recession is when your neighbor loses his job. A depression is when you lose yours. So far, very few net people have lost their job.

There have been quite a few layoff announcements out in Silicon Valley. A lot of tech companies are laying people off. But the net numbers as of this morning show the creation of another 200000+ jobs in October.

It is remarkable that despite inflation and companies tightening their workforce, we haven’t seen things change in terms of unemployment rates and unemployment in general.

According to The Wall Street Journal, it looks like we have a 5.1% wage growth. So,  not only are people continuing to hold onto their jobs but they’re also getting a decent raise. Keep in mind,  inflation over that same timeframe was in the 8-9% range, but it takes some of the sting out.

Another thing to keep in mind regarding the tech jobs, some of the pundits have put it out there that really what happened was during the pandemic many companies overhired because they were worried about having capacity as more activity moved online. Now things are reverting to normal as far as that goes so we’ll see how it plays out. It sounds like it’s almost more of a cyclical thing that happens in tech

With higher interest rates the bond market has come down a bit. There’s actually income in fixed income these days. Imagine that right? Not only income and fixed income,  but we’ve also seen cash savings rates get a little bit of rate of return as well.

I like using the analogy of eating vegetables when you’re a kid. They’re gross, but all those vitamins should make you a healthy adult. The same kind of things going on in fixed income where you don’t like those losses that you have holding those bonds. However, as those bonds mature and you buy bonds at a higher interest rate your portfolio is going to be that much stronger. That’s what we’re seeing happen here.
The hard part for most of our investors when it comes to this point is that it’s all happening inside of a fund. You don’t own the individual bond so you don’t see them mature. You don’t see the old one-and-a-half percent bond that’s been around for five or six years mature and those proceeds get invested in a new bond that’s maybe yielding 4% now. That’s all happening behind the scenes. But it’s going to prop up those bond funds.
Another thing that’s been extremely hurtful is that at the same time the bond market interest rates are rising bond prices are going down. The stock market is also down.
Not only do you need to eat your vegetables,  but you got to go to bed early too and get that extra rest.

In a topsy-turvy crazy year, it’s certainly not been as much fun to be on our side of the desks trying to explain what’s going on. We continue to help people keep their faith in investment strategies and what’s going on in the world. A couple of silver linings to think about is to remember you’re a long-term investor.  Some things that are going on aren’t great in the short run but are going to make the longer-term returns that much better.
So keep the faith,  keep invested, and remember that your goal is right. Don’t lose sight of the cumulation of a lot of lessons learned along the way and focus on the long-term four or five years from now – not six months from now.
If you have something that you’re thankful for that you want to share feel free to shoot us an email at info@srbvisors.com. 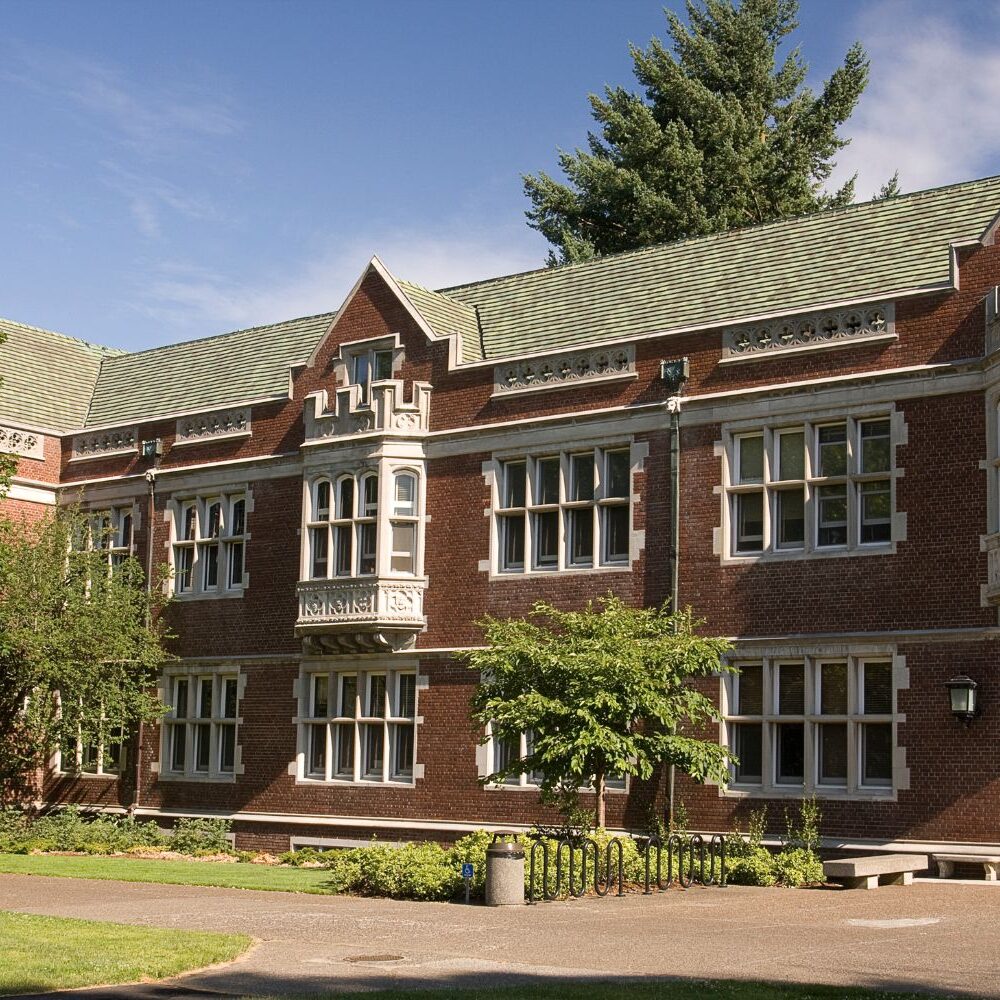