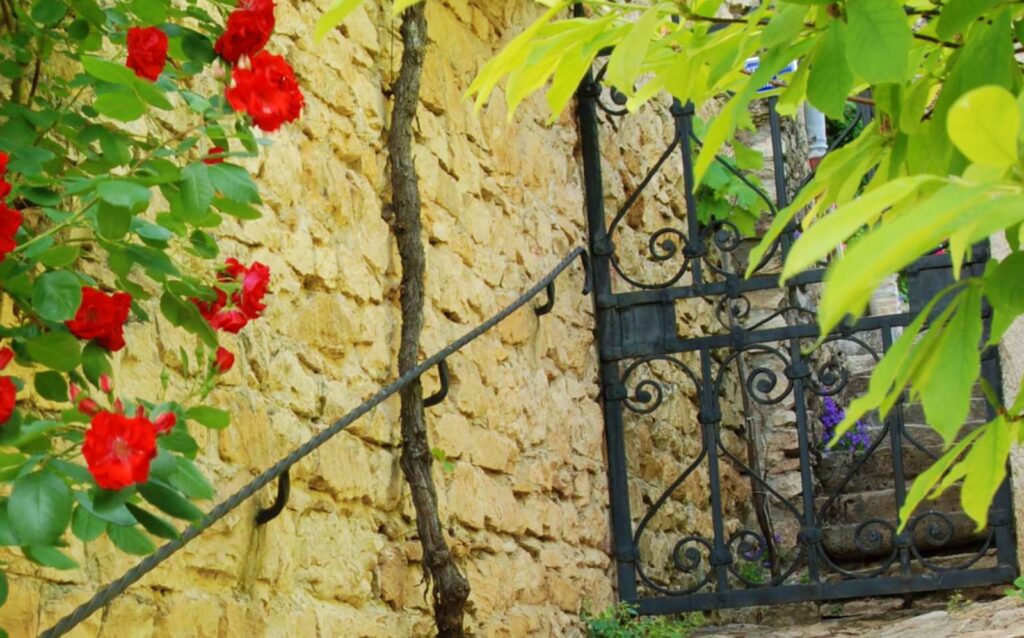 Does the 2020 election have you thinking about your money?

Every four years America goes through a Presidential election. Every four years clients ask where we can move their portfolios to be safe if one side or the other is victorious.

This year is no different. With political passions higher than normal and a sharp contrast between the candidates, the feeling that the 2020 election will have an outsized impact on portfolios will likely be more pronounced.

Looking at the historical numbers, the market has fared better in non-election years than it has in election years. The Standard and Poor’s 500 has an average of:

This suggests that the election serves as a distraction and creates extraneous volatility, while in other years it’s business as usual. However, when 2002 and 2008 are removed from the calculation (both horrible market years for reasons that had little or nothing to do with the election) the overall election year returns become very similar to non-election year returns. 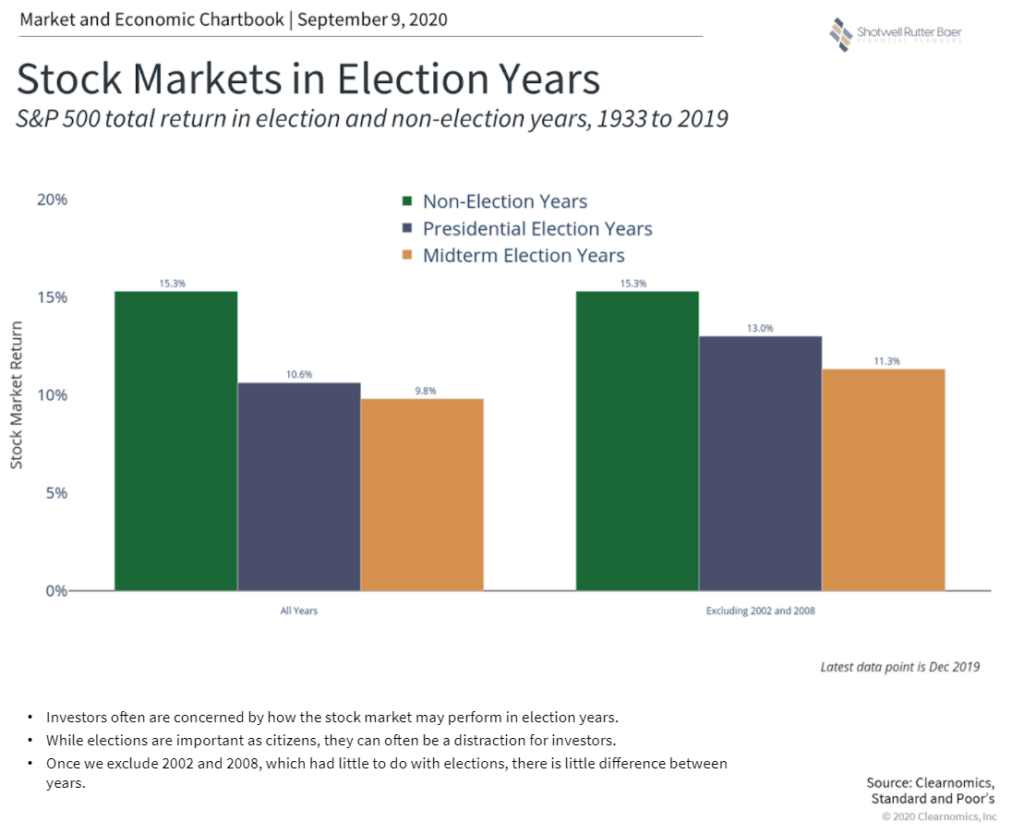 Does it matter which party is in office?

Historically, the markets have not cared about which party was in power. The market is more concerned with the economic cycle than it is with who is in office. While economic policy is important, it doesn’t often change the economy’s trajectory. Since 1933, the average annual return for the Standard and Poor’s 500 during an election year when the Democratic candidate wins has been 14.6% and the average annual return in years when a Republican wins has been 10.4%.

More importantly, a year later the market’s average return has been 12.8% with a Democrat in office and 12.3% with a Republican in office. This is a negligible difference between the parties in leadership. After a year, excitement or concern over election-year promises have worn off, the new President has been forced to sit down and govern, and the market and economy go on with business. 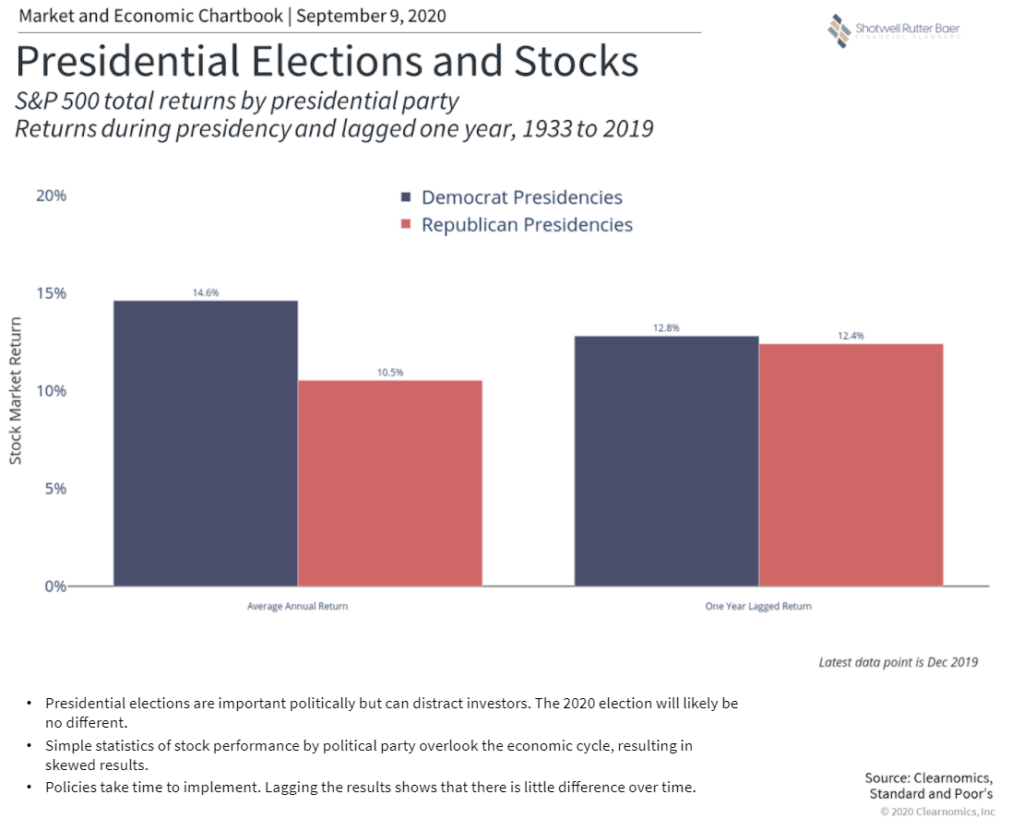 How much will the 2020 Election Influence the Stock Market?

Many factors influence the direction of the stock market. It is human nature to focus on one potential catalyst and look for cause and expected effects, particularly something like an election that is fraught with emotion and uncertainty. We want to be able to mentally connect an event – the election – with an outcome – what happens in the markets.

When we look at history there is no discernible pattern between the party in power, be it the White House or Congress, and market outcomes because the factors that influence the market are so much bigger and broader than domestic politics and include:

Specific to this fall’s election, a lot of the focus has been on the Democrats’ pledge to reverse the corporate and individual tax cuts from 2017 and to focus on sustainable energy and climate change initiatives. For this part of the conversation, let’s focus on the potential effects of a Democratic victory, as a Republican victory mostly reflects the status quo.

The current top individual tax rate sits at 37%  (well below the historical average.) While this lower tax environment has helped the economy, the previous top rate of 39% was still way below the US historical average of 60%. Returning to that level is not an extreme change and takes taxes back to where they were during the 1990s, one of the longest sustained economic booms of our history.

Prior to 2017, the US corporate tax rate was 35%, the highest among the world’s industrialized companies, and a competitive disadvantage. Although, due to the structure of our tax code, many companies paid a lower effective rate depending on business conditions. The new US corporate rate of 21% puts the US just below the average for industrialized countries.

Increasing corporate taxes could certainly affect the US economy and the markets.  If companies spend more on tax, they show lower profits, and profitability is what drives the market’s growth. However, even a return to the old corporate tax rate needs to be taken in context: the US economy grew under the old tax structure. Furthermore, the total tax burden as a percentage of gross domestic product, at 26%, was still well below the average for the industrialized world which stands at 34%. 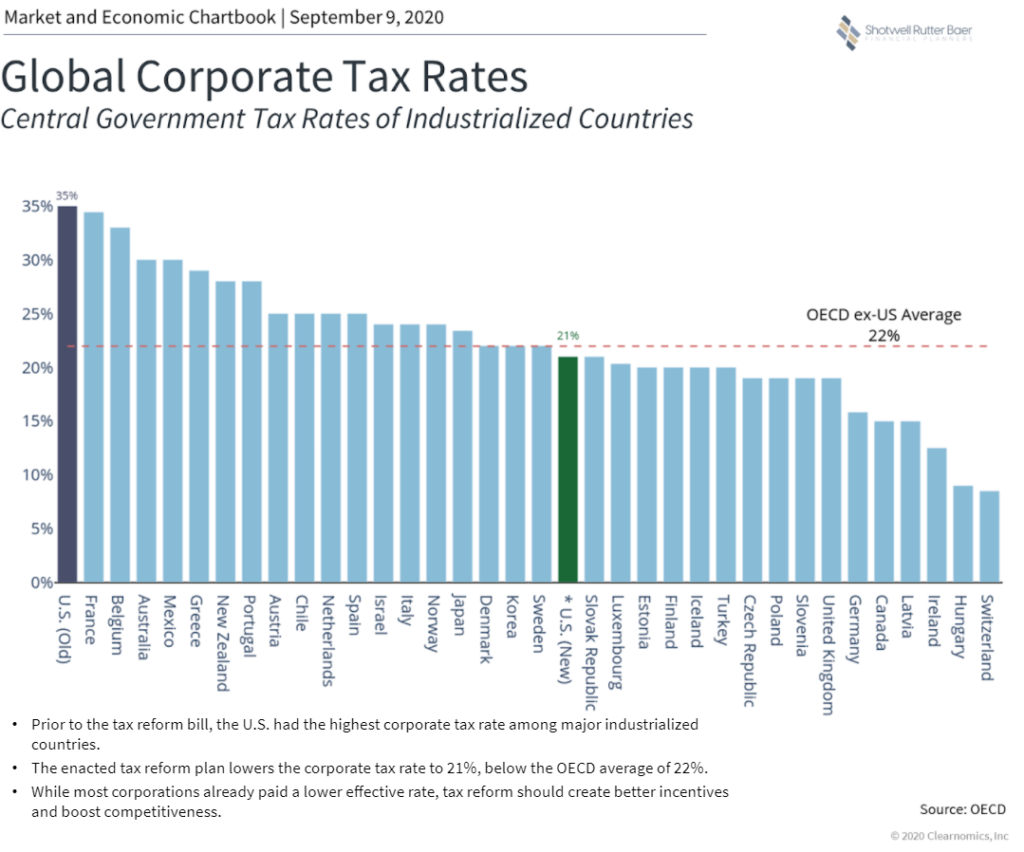 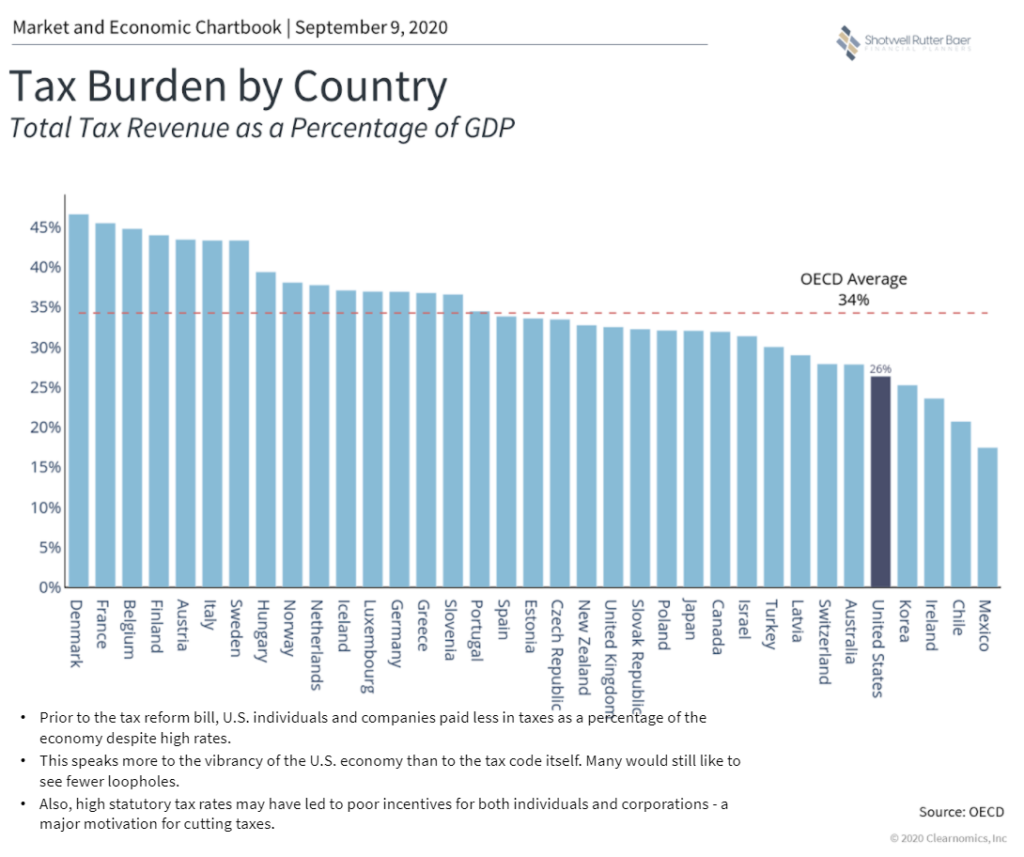 Extreme Tax Changes Are Not Likely with the 2020 Election

It is also important to keep in mind that the structure of our democracy makes it difficult for one party to make extreme changes in one direction or the other. Extreme change calls for extreme circumstances, with policy requiring a party to convince the extremists and the vast majority in the middle to go along with it. And even in those circumstances, the party in power always governs with an eye to the next election.

We do have extreme circumstances right now: Covid-19 required a complete shackling of the economy last spring and will likely dominate the headlines until effective vaccines and treatments are in place. This extreme circumstance will force a re-shuffling of priorities, despite campaign rhetoric. The main priority for whichever party ends up in the White House and Senate will be to get the economy back on its feet,. The prescription for a return to growth will not likely include extreme tax changes any time soon regardless of the winner in November.

How the Democrats’ focus on sustainable energy and climate change might impact the markets is likewise difficult to assess. While these initiatives would most likely be a negative for the fossil fuel industry, increased government spending to promote alternative energy sources and other similar initiatives would boost other industries to the point where the net effect on the economy would be neutral or even positive.

The winners and losers might change, but a diversified portfolio would not necessarily see a negative impact.

While all of this equates to increased uncertainty, keep in mind our philosophy that the markets are efficient. What that means is that the market’s current level reflects the average opinion of every market participant based on the known news. While there’s been a lot of talk about extreme changes in policy, the market did not move negatively based on news that polls are indicating a solid lead by the Democrats (as I write this, the market has been down over the last three days following two months of solid returns. The factors contributing to that decline appear to be profit-taking more than policy-driven). If the majority of market participants anticipated a regime change would be a negative for the markets we’d expect that selling to begin as the poll numbers solidified.

When all is said and done, we cannot predict how the 2020 election will influence the markets. However, if history is any guide, volatility around the election should be short-lived and manageable and the longterm effects of the election’s outcome will be just one of many factors driving the markets.

Trying to time investment strategies around an event such as the 2020 election is not a viable longterm strategy for success. Staying invested, year in and year out is the key to success. Trying to avoid bad days in the market means you’ll probably miss some of the best days as well. As the chart below “Timing the Market” illustrates, moving out of the market after a downturn to wait for better times drastically reduces the outcome. Best to stay put and stick with your strategy. 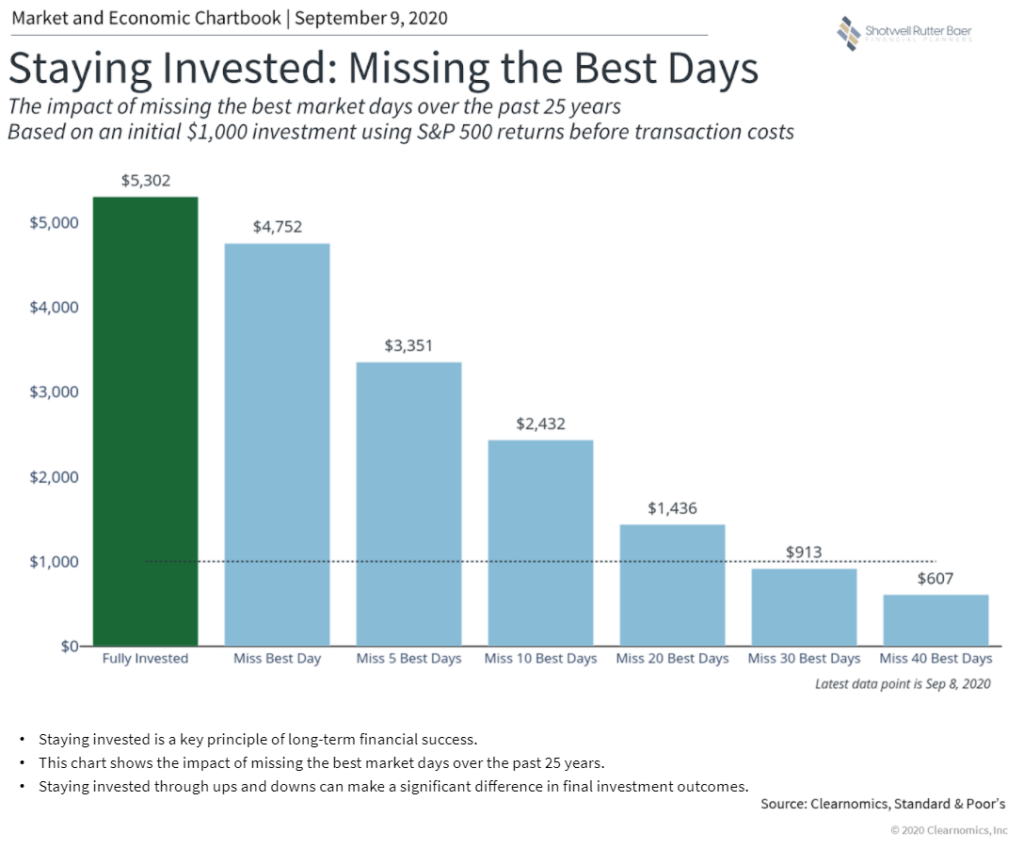 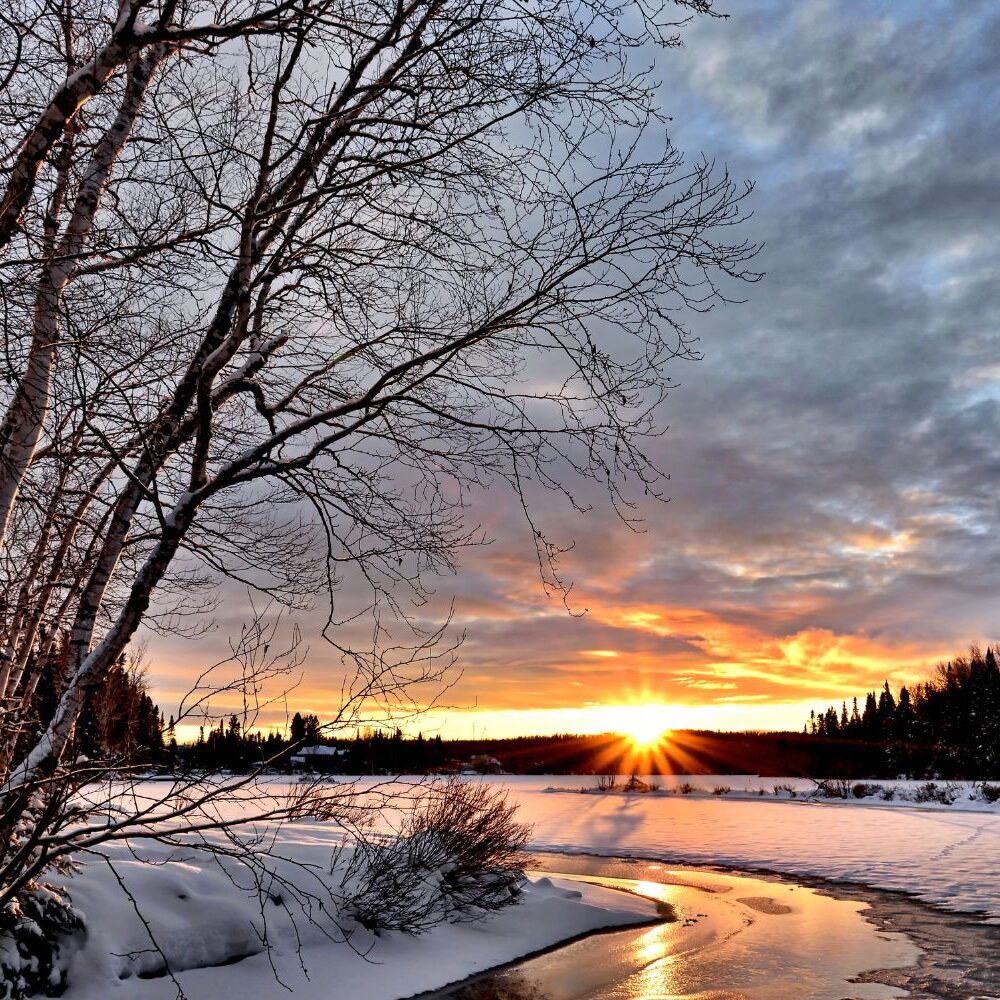